The art and architecture Bruges triennial 2018 propose the image of the liquid city as a symbol of social and urban changes, exposing responses to various crisis situations through interventions by 15 artists and architects.

A fluid, open and involved city, the flag of social, cultural and political change. The slogan of the second edition, Liquid City, conjure up the identity of Bruges, which owes its economic prosperity to water. In addition, it is inspired by Liquid Society, by the philosopher Zygmunt Bauman, who considers this world as unstable and lacking lasting values, a liquid society. The Triennial gathers the creative proposals of the artists as possible real answers to the moments of crisis of this liquid society, undoubtedly muse this edition. The final objective is that the processes of creation and cooperation lead to a different understanding of urbanism and society. 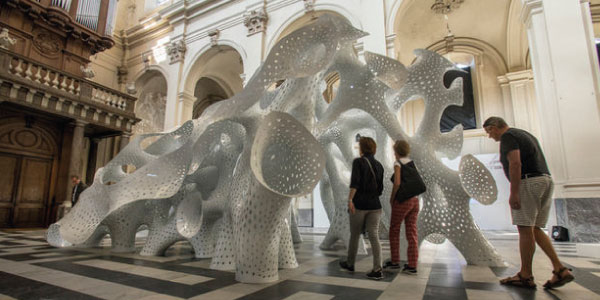 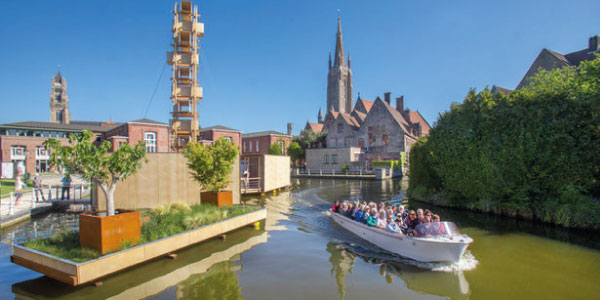 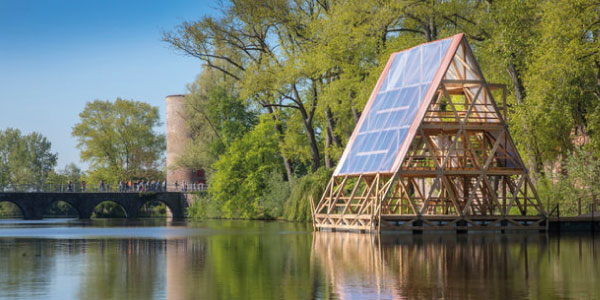 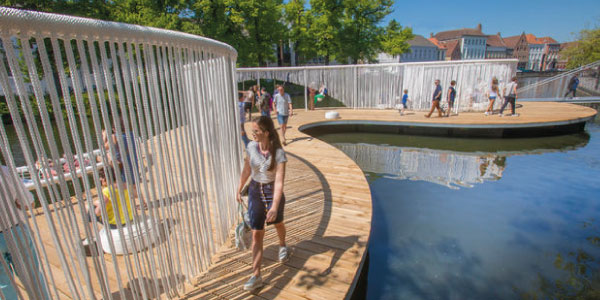 In this edition the Triennial will return to Bruges for the second time. Held once every three years, this artistic route, with surprising installations by celebrated artists and architects, is spread right across the city centre. The Triennial explores the future of a city like Bruges, and hopes to serve as safe point of reference. Bruges as a fluid city, open and committed, a motor of social, cultural and political change. Bruges as a breeding ground for innovation and renewal. Just like the city’s medieval citizens, who first gave Bruges its shape and form, today’s residents also share common dreams for the further development of life in Bruges. Bruges Triennial 2018 seeks to stimulate interaction and lay new and solid foundations for the future of the city. A liquid city, quite literally surrounded by water, but also liquid in a metaphorical sense, as a city in constant and flowing artistic movement, sometimes storm-tossed, sometimes peaceful and calm.

The thematic lines that propose are:

Among the 15 selected teams are the Argentine Tomás Saraceno, with a futuristic work of the aeroceno urbanism; the German architects Raumlabor, with a proposal called House of time, in collaboration with young people of the city and symbolizes a meeting and concretion. Also the Spanish Selgascano whose work is related to the idea of reception, meetings, connections...